Time for a Viez in Merzig - come and join us!

On the first Saturday in October, the town centre turns into “Viez mile”, where visitors will find not only numerous stands serving culinary delicacies and Merzig Viez cider, but also four stages, where musical groups and bands from the region will be entertaining the public.

The Viez Festival - unique and original

Celebrating the long-standing tradition of apple cultivation in Merzig and particularly the neighbouring Saargau area, the famous Merzig orchards and production of “Merzig Viez” cider, the Viez Festival was created in 1970, the first and largest local festival of its kind on the Saar. It is ruled by the Merzig Viez Triumvirate, made up of the VIEZ QUEEN and her two princesses.

The Merzig Viez Queen is crowned every year at the speciality food market, which always takes place on the third Saturday of September. For one whole year, she then represents her home town and, of course, its local Viez cider at countless festivals in the region and at national events such as the “Green Week” in Berlin.

However, the absolute highlight of her reign is the Merzig Viez Festival, which is celebrated on the first Saturday of October in the streets of Merzig’s town centre. The Viez Festival is organised by the town of Merzig, the Chamber of Commerce, and Merziger Fruchtgetränke.

After the official opening of the Viez Festival, which traditionally takes place at 10:30 on the steps of the historic town hall, the 30,000 guests – from the town and region, but also from other parts of Germany and the neighbouring countries of France and Luxembourg – can enjoy a wide range of regional culinary specialities, freshly prepared on site by chefs from around 35 groups from the town centre and outlying neighbourhoods.

Of course, this includes numerous types of Viez cider – bitter and sweet, hot and cold, sweetened with honey or other tasty ingredients, an absolute must for every visitor to the festival. And “Gauwhisky” – as the various high-strength fruit schnapps varieties made of plums, apples or pears are jokingly known – distilled by small family operations, is always welcome to round off a good meal.

Spread over the “Viez Mile” on 4 stages, music groups and bands from the region will be performing, offering something for every musical taste. 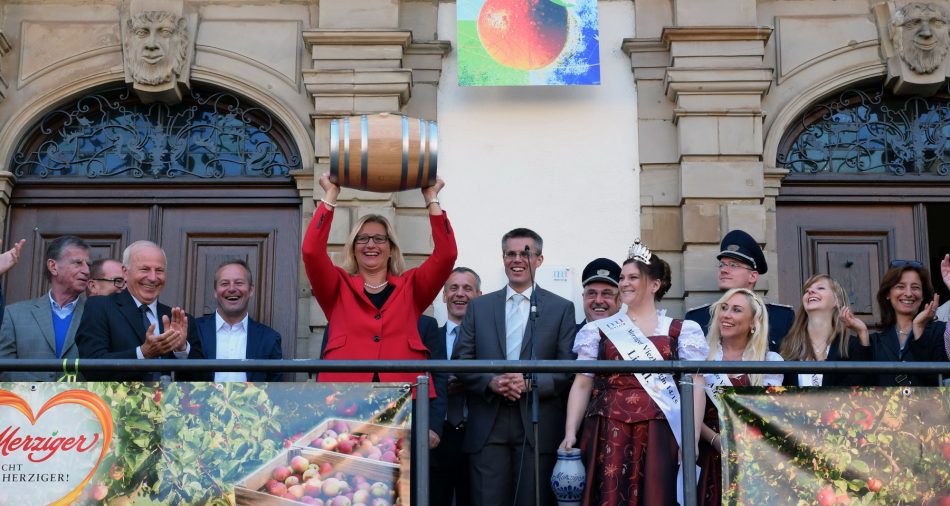 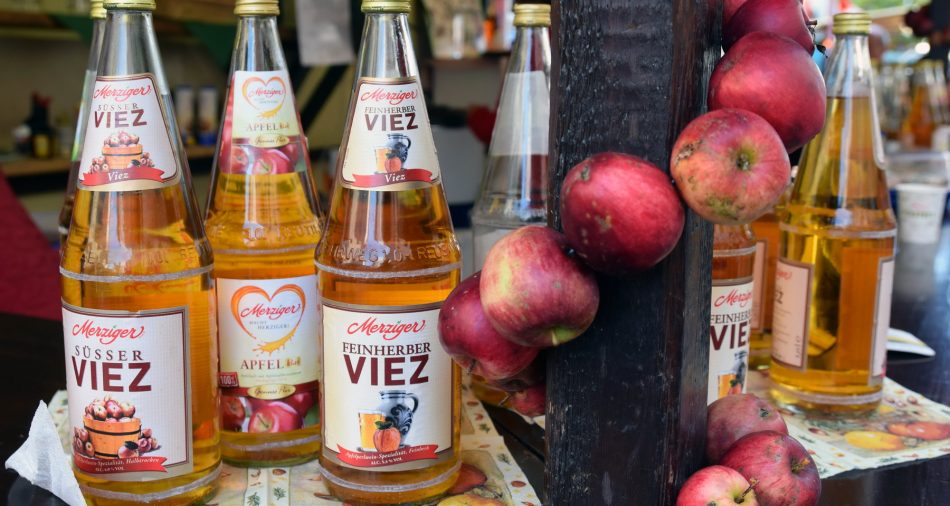 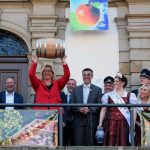 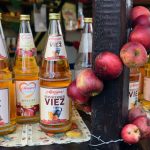